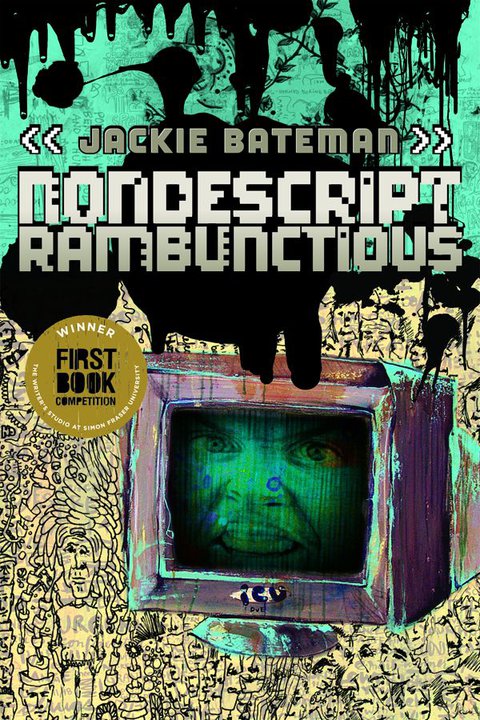 Nondescript Rambunctious is a genre-busting thriller with a beating human heart. The first in ‘The Lizzy Trilogy’, it is more than a simple story of a killer and his victims, taking us into the life of a family, the days of a community, and the very real possibility that evil is everywhere – maybe even inside us. Woven through this dark tapestry are the glittering threads of humanity, humour, and for one young woman, the promise of redemption.

The Dutch translation, ‘Dorst’, was published by Cargo in April 2014.

“…a thriller that succeeds by nodding politely to the formula, then turning it on its head… Bateman hasn’t imagined a world of dogged cops, rumpled detectives, or amateur sleuths. Nondescript Rambunctious is about the heartbreaking consequences of human depravity, not tying up loose ends or piecing together clues. It wouldn’t be wrong to label this novel a thriller, but it also confounds the expectations of that label, to great effect.” – Quill & Quire

“…a bewitching first novel that transforms from gentle domestic comedy into gripping suspense… The narrative becomes all the more chilling because Oliver carries out his plans in such a matter-of-fact way, and because we empathise with Lauren, liking her for her candour as she – at least for half the book – tells her side of the story. The novel resonates with today’s reader because of recent well-publicized cases involving grisly murders and sadistic websites. Not matter how familiar one is with such things, however, Bateman’s story is terrifying.” – Prairie Fire Review of Books

“Jackie Bateman’s debut novel is very impressive. The writing is taut, controlled and relentless. Nondescript Rambunctious is a dark, murderous thriller, a winner with a variety of narrators, surprising turns and shifts, and some hard, hard corners.” – Mark Anthony Jarman

“Oliver, a serial killer suffering from an intense case of OCD, becomes more and more fascinating as he evolves throughout the book, observing the repercussions of his murder. Considering the current state of the world, his character is unsettlingly real and chilling.” – Bloody Underrated

“It is the character of Lizzy and her world, represented in Bateman’s almost sociological attention to details of slang, dress, lower-class lifestyles and despair, that makes the book memorable. The naturalistic argument – that there is no escape from one’s past and one’s environment – is absolutely unsparing.” – Good Reports, Canada’s Premier Independent Book Site 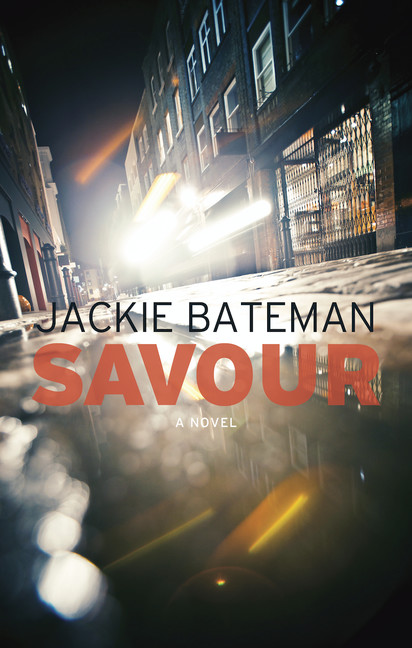 Continuing the dark story of Lizzy and her obsessive nemesis Oliver, Savour  was published by Anvil Press in Oct 2014. Savour retains the dark threads of sociopathic depravity that ran through Nondescript Rambunctious – once again tempered with a tender ray of humanity. Lizzy is streetwise yet fragile, and her desperate journey is both uplifting and heartbreaking.

Lizzy lives in the shadier part of London, far from her hometown in Scotland. In the three years since she fled, following the disappearance of her mother, she has escaped her prison of drugs and crime, only to live in constant fear of being found by dark figures from her past. She is unaware, however, that the predacious Oliver watches over her from the shadows. She belongs to him now, as he battles with his need to protect her – and the burning desire to take her soul.
REVIEWS

“… a unique and unsettling perspective to the otherwise hoary trope of the relationship between a serial killer and his victim….The narrative development, driven by character rather than expected machinations of the plot, is a genuine pleasure…Savour contains enough information about the events of Nondescript Rambunctious to stand on its own, but reading the first novel will bring greater depth to the experience and well prepare the reader for the final volume of the series, which can’t some soon enough.” – Quill & Quire

“Bateman has drawn original, compelling characters whose dialogue draws readers into lower-class London and created a gripping tale of the seamy side of life without moral boundaries.” – Publishers Weekly

“The sequel, Savour, does not disappoint, with a continuing refreshingly new take on a now-familiar storyline. Sophisticated and more literary than the first, this second novel keeps the debut’s intensity, picking up the story in its next chapter…this series will leave you begging for more. Nodding to her readers’ expectations and then doing something else entirely seems to be Bateman’s trademark…” – The Winnipeg Review 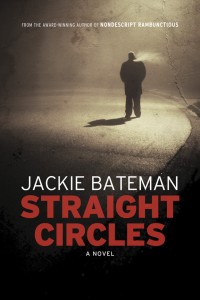 Domestic satire meets gripping suspense in Straight Circles, the final, explosive chapter of The Lizzy Trilogy. The original and eccentric cast of characters return in this genre-bending thriller, but not everyone’s getting out alive.

Lizzy returns to the heart of the story, where the stakes are higher than ever. Where it all began is where it will all end, in a chilling confrontation with the man who has been tracking her for years. In a disturbing finale, we are left to watch as she walks straight into the path of two dark and dangerous killers – and makes the biggest mistake of her life.

“Bateman obviously knows her suspense writing formulas and sub-genres, and skillfully applies cracking good dialogue and just the right amount of Scottish dialect; as well as a deft hand at pacing and acutely observant descriptive powers…Every single character, major and minor, among the watchful eyes on Dalbegie’s High Street or in the overgrown back yards of the side streets, plays a memorable role and the good and generous nature of small towns is revealed as well in a very satisfying ending to this book and the Lizzy Trilogy.” – BC BookLook 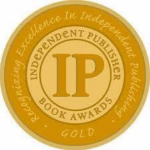